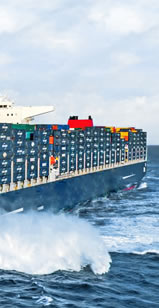 The Company is the owner and operator of “Bunker Barges “.

Bunker Barges are exclusively supplying for CYE Petrol. Alasonya Shipping is also serving other Petroleum and Shipping companies in Turkey like DITAS, TPAO, OPET, etc… in spot bases and on contract bases.

As of  November 2008, considering the demand for higher quantity FO mostly from container lines and cruise lines in Istanbul, Alasonya Shipping provided the biggest bunker barge in Istanbul, M/T BEBEK-E for supplies of CYE Petrol. She has 3300 MT FO/HFO supply capacity with 650 MT/hour pumping rate. M/T BEBEK-E complies with  “ Undersecretariat of Maritime Affairs’ declared new regulations” for safety and operation standards according to MARPOL 73/78 Agreements, ISPS Code and SOLAS Amendments 2002.

As of 2012 a new built team was constituted within the company. In 2013 new builds were started in Kocatepe Shipyard. M/T BEYKOZ-E and M/T KALAMIS-E, 1805 dwt each sister bunker barges.

In 2014 Alasonya Shipping signed an agreement with EMERSON in order to mount “Emerson Coriolis Mass Flow Meters” to all of her bunker barges until end of 2015. With doing that the company is aiming to register service quality, eliminate uncertainty and increase the quality/quantity parameters within the industry.